A cookie is information stored on your computer by a website you visit. Cookies often store your settings for a website, such as your preferred language or location. This allows the site to present you with information customized to fit your needs. As per the GDPR law, companies need to get your explicit approval to collect your data. Some of these cookies are ‘strictly necessary’ to provide the basic functions of the website and can not be turned off, while others if present, have the option of being turned off. Learn more about our Privacy and Cookie policies. These can be managed also from our cookie policy page.

IE10 and below are not supported.

You need to be signed in to add your comment.

I was lucky, our government failed

I moved to Austin, arriving the day before the first snowfall. I'll always remember two things about the main storm.

The first is Austin Energy's communication style. They chose to communicate primarily through Twitter, which was increasingly hard to get to without power to charge a mobile device. They chose to say it'd be "rolling blackouts," and then revealed that they technically couldn't roll them. Yet, all of them are still employed.

The second thing I'll remember is Mayor Adler. I was laying under 3 blankets, wondering how we'd be able to get food (just moved, didn't have much time to shop, roads weren't cleared, stores didn't have power either), holding my cell phone in one hand watching what was supposedly a Facebook live meeting with the city council and mayor (turns out, they were WebEx meetings streamed via Facebook- probably so the government didn't see our questions and comments). I wanted to hear how the situation was going to be resolved. I got zero answers.

But, Mayor Adler was clearly warm, and his artwork was still nicely lit. It was a very "let them eat cake" kind of moment- so I took a screenshot, which is shown below. I wanted to always remember what kind of leader he was, even when I was warm and the freeze was forgotten.

I was lucky, ultimately. I was indoors. Our plumbing never failed. We were able to get to a hotel on the third day, and the hotel had power.

Others were not as lucky. The cold made pipes burst, and somehow our water system failed in a matter of hours. People are probably still cleaning up, three months later.

To me, then, this storm was about being lucky, and watching a government fail completely. It failed due to the arrogance of people like Mayor Adler, and the incompetence of people like those who manage Austin Energy.

It's unfortunate. I hope the end of this story- which isn't written yet- is that we vote them all out of office. That's the only solution, because they're all so busy dodging responsibility that nothing will actually get fixed.

If we can't do that, well, here's hoping someday someone will read these stories and see exactly what a failed government looks like. 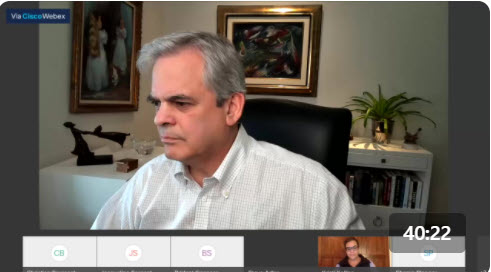 In the wake of Winter Storm Uri, many of the residents were without water for close to 4 weeks. M...
Next story

I have worked in human services for almost 20 years and this storm was one of the most traumatizi...

This consultation has concluded. All submissions will be archived at the Austin History Center. Thank you.